Current and capital expenditures of “Samruk-Energy” JSC were reduced by 18,5 bn.tenge in 2020. Activities on cutting costs are taken for purposes of implementing the instructions of Akhmetzhan Yesimov, the Chairman of “Samruk-Kazyna” SWF” JSC Executive Board, which were given at the meeting of operations headquarter of “Samruk-Kazyna” JSC.

We would like to remind that the companies that are part of “Samruk-Kazyna” JSC were assigned a wide range of tasks and certain instructions including reducing costs that do not directly affect their operations, revision of organizational structures of companies in terms of reduction of executive and vacant positions, etc.

The analysis of expenses planned in 2020 has resulted in “Samruk-Energy” JSC reduction of operating costs associated with consulting, audit and legal services, maintenance and updating of software, expenses for creating reserves and costs for vehicles and others.

Along with operating expenses, the company revised its capital expenditures, optimization of which is 15,8 bn.tenge, or 13% of total investment costs.

The largest power holding company in the country undertook all measures required to support its employees in a challenging epidemiological situation.

There were no job cuts at power plants and enterprises of the company, no delays in wages payment during the quarantine, also compensation payments and benefits established by labor legislation and collective bargaining agreements were made.

In general, “Samruk-Energy” JSC operations in power and coal industries were carried out as usual.

Transition of Almaty CHP-2 to gas. Most important points in brief.

region. However, according to the latest data from environmental experts, CHP-2 emissions make up 30% of the total emissions (according to the statistics provided in the paper "Setting targets for environmental quality for Almaty city"). The private housing that emit smoke, which uses coal, rubber and other inefficient fuel for heating homes and banya (Russian steam bath) greatly contributes to air pollution. As well as vehicles and other sources, the share of which is estimated at 70%.

Which of them will follow the power engineers towards the improvement of environmental friendliness?

Almaty CHP-2 is the largest thermal power plant in Kazakhstan for the combined generation of electricity and heat with an installed electric capacity of 510 MW, heat - 1411 Gcal / h. CHPP-2 belongs to "Almaty Power Plants" JSC).

Almaty CHP-2 will be a gas power plant 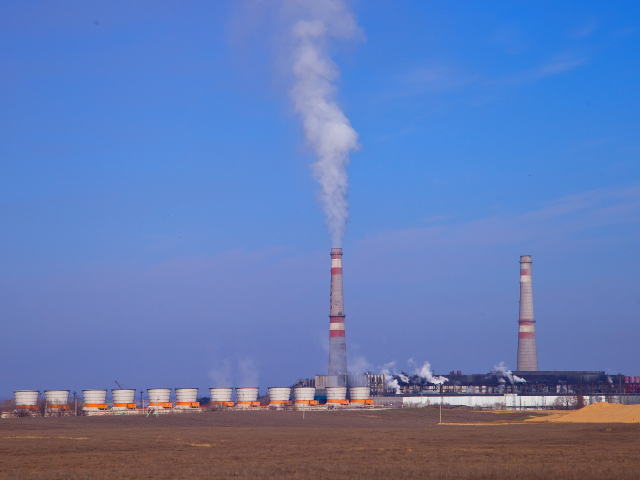 Almaty CHP-2, the main source of heat and electricity in the southern metropolis, will be completely transferred to gas. This was told at “Samruk-Energy” JSC, which is currently engaged in activities on mitigating negative environmental impact.

In fact, an important step towards the environmental improvement of Almaty city is taken, since there are many facilities in the city, the activities of which negatively affect the quality of atmospheric air (motor transport, public transport and private residences with harmful emissions, other coal-fired heat and power generating enterprises). Furthermore, the city will have to address issues related to landscaping, development taking into account the wind conditions, fuel quality, etc.).

Many options for retrofit of CHP-2 have been considered. The design institute "KazNIPIenergoprom", which has a 60-year history of power facilities construction and is engaged in a whole range of pre-design and design works in the area of heat power engineering, performed the works as requested by “Almaty Power Plants” JSC.

Currently, “Samruk-Energy” JSC continues to attract acceptable sources and methods of financing the project involving a mandatory minimization of tariff burden and meeting the requirements for its full payback. Thus, the company respect all interests of the city residents, who are the main consumers of heat and electricity.

Almaty CHP-2 is the largest thermal power plant in Kazakhstan for the combined generation of electricity and heat with an installed electric capacity of 510 MW, heat - 1411 Gcal / h. CHPP-2 belongs to "Almaty Power Plants" JSC).

Medical checkup of Samruk-Energy employees has been automated 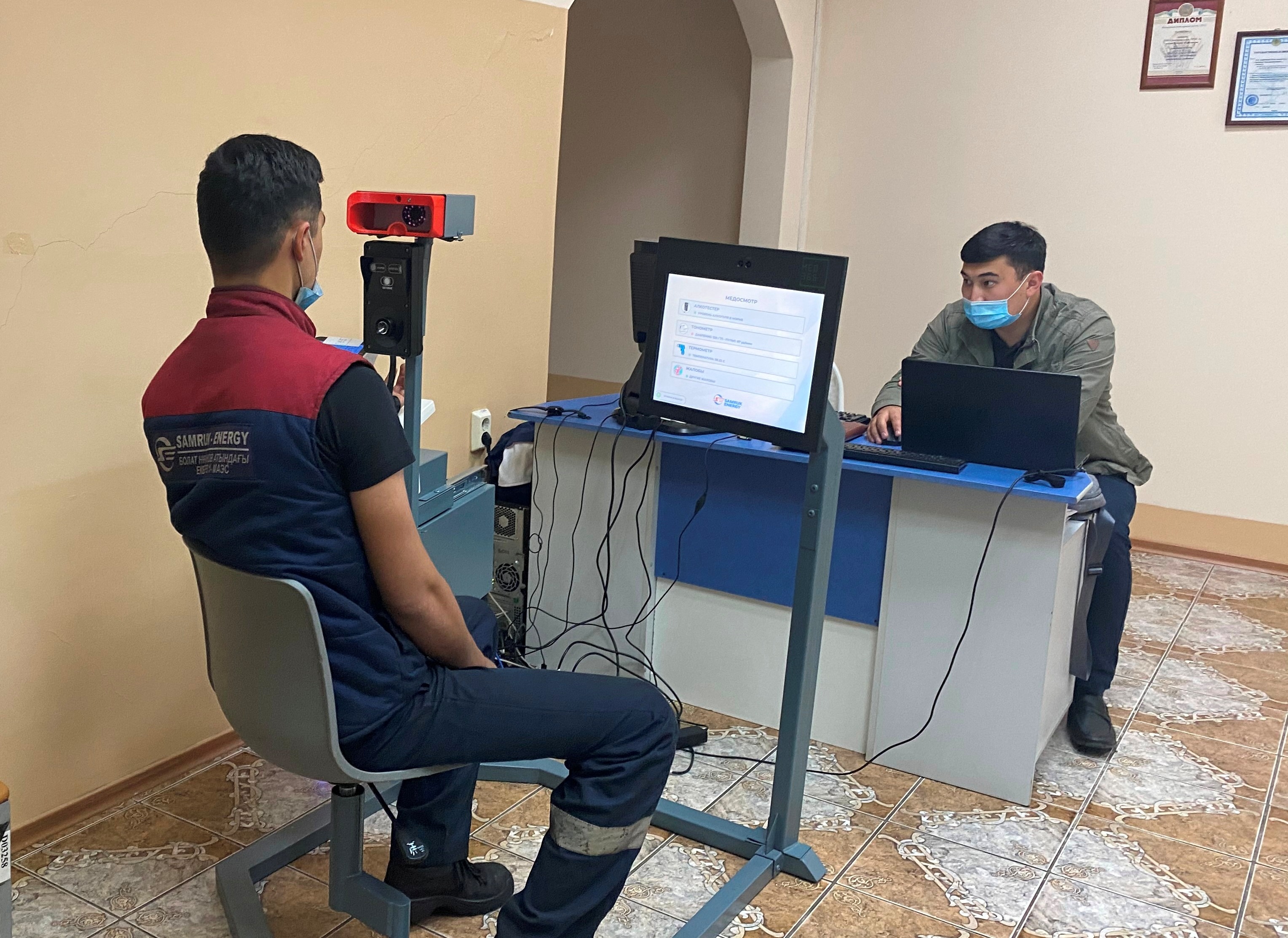 An automated medical checkup system (AMCS) is being implemented at “Ekibastuz SDPP-1” LLP and “APP” JSC as part of “Samruk-Energy” JSC Transformation Program. An employee receives a medical certificate and access to production facility in a minute. 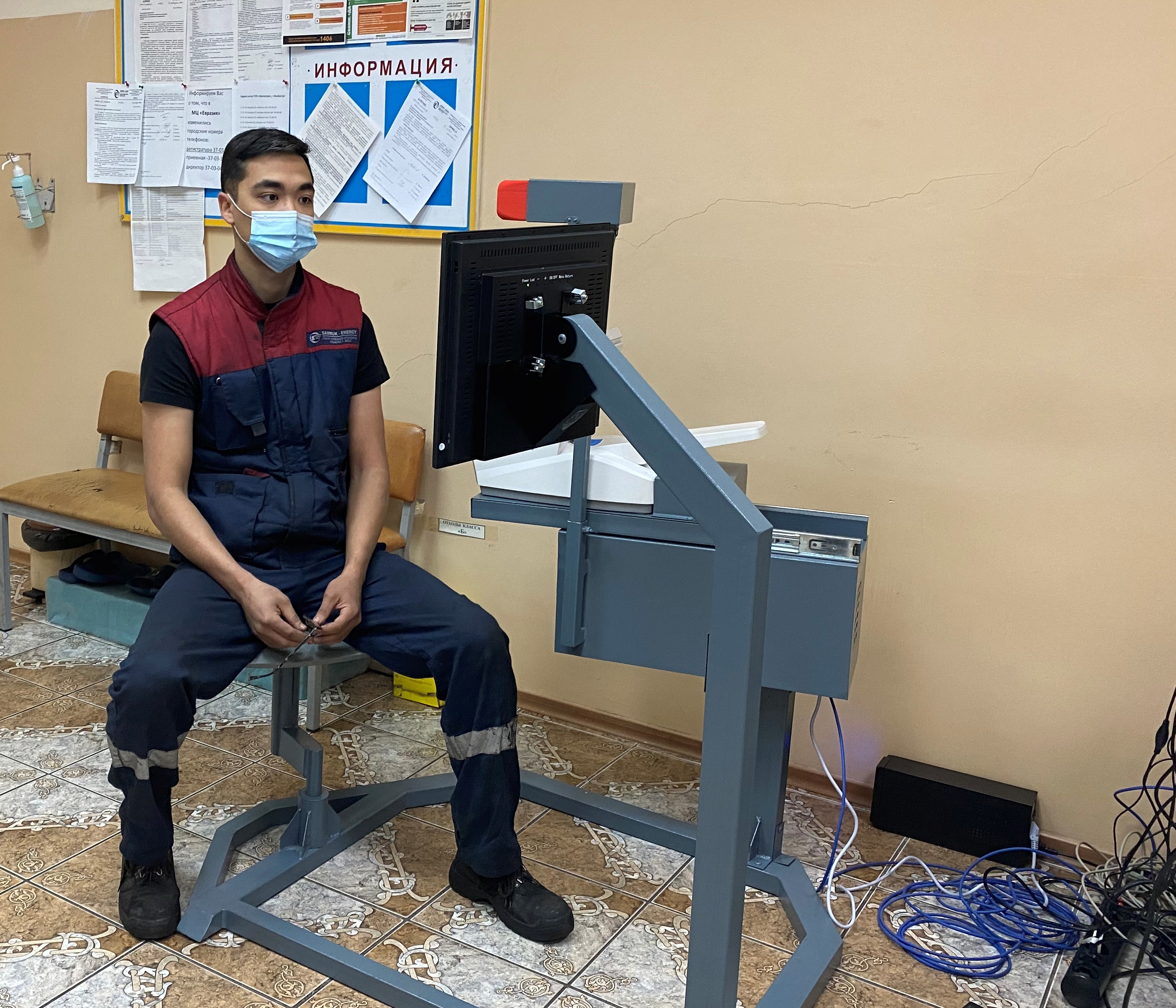 Hardware and software complex for testing has an anatomical chair for a comfortable medical checkup of an employee. The “smart” chair is equipped with a pupilometer, an innovative development for determining drug intoxication of workers, alcohol detector, and an industrial blood pressure monitor. Thus, after the examination, in just one minute, an employee receives a complete description of the body condition.

According to the opinion of Azamat Mazhyn, the head of Digitization Office of “Samruk-Energy” JSC, the coronavirus pandemic has become one of the decisive factors for the implementation of this direction at the enterprises of the energy holding company. 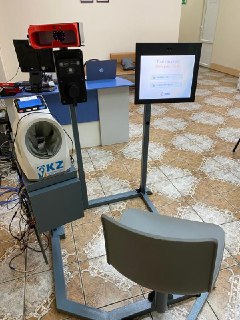 “Almost non-contact medical checkup, in addition to reducing the time for a full checkup of each employee, eliminates the human factor and the system of random check of employees. Further conduct of analytics of employees’ condition for the throughout employment relations and reduce the number of sick leaves”, - Azamat Mazhyn told during the check of the new equipment at the power plants.

Data analytics will allow keeping records in the information system and systematizing cases of detecting workers’ health problems, as well as preventing complications and further development of diseases.

The automated medical examination is being implemented in a pilot mode. The technology is tested at CHP-2 of “APP” JSC and at “Ekibastuz SDPP-1” LLP. 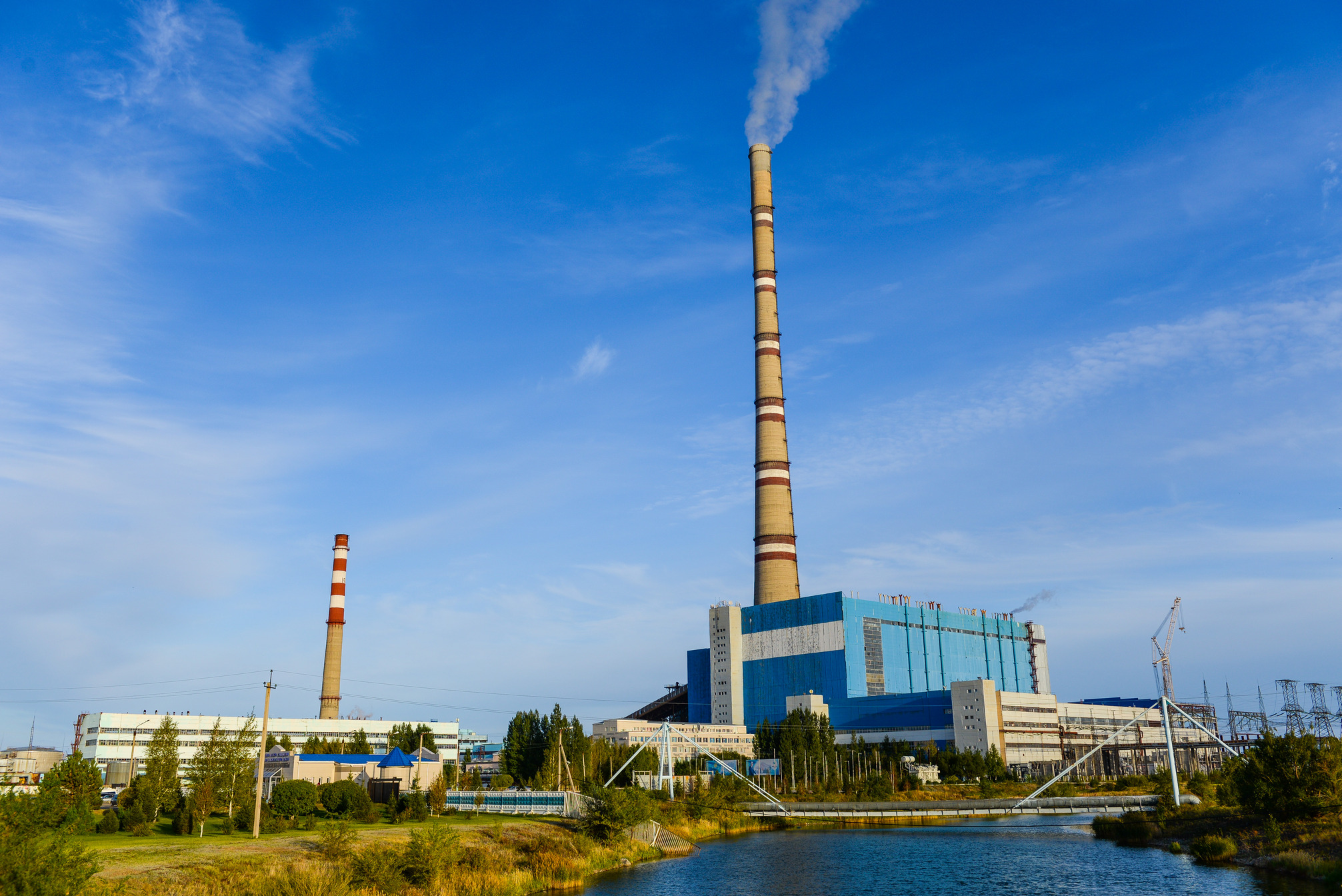 This activity was held for supporting the government's policy to reduce the dollarization rate of the country's economy, foreign exchange obligations and external debt of Kazakhstan. “Halyk Bank of Kazakhstan” JSC, the largest bank in Kazakhstan, was the source of refinancing.

The implementation of the deal allowed Ekibastuz SDPP-2 to completely eliminate currency risks, fix the interest rate, free up pledged movable and immovable property in full, which enabled to reduce associated costs of over 1 bn. tenge.

Furthermore, the deal allowed improving the funding terms and simplifying the financing structure through a fixed long-term loan in national currency.

“Sovereign Wealth Fund “ Samruk-Kazyna” JSC - an investment holding company, the mission of which is to improve the national welfare of the Republic of Kazakhstan and ensure long-term sustainability for future generations. It was established in 2008. The sole shareholder is the Government of the Republic of Kazakhstan. “Samruk-Kazyna” JSC group of companies includes enterprises of oil and gas, transport and logistics, chemical and nuclear, mining and metals, and energy sectors.